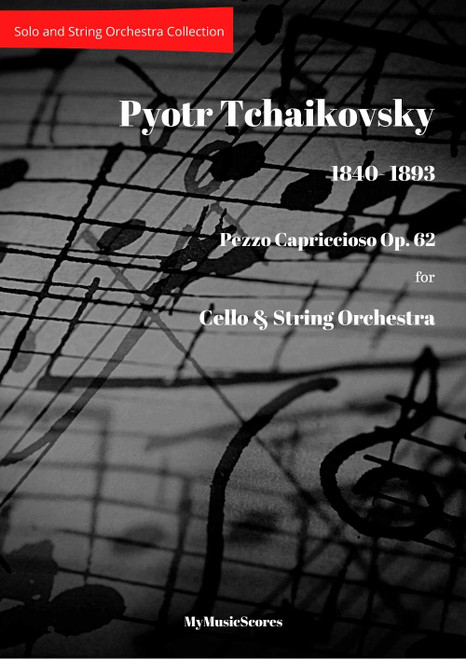 Pyotr Ilyich Tchaikovsky composed his Pezzo capriccioso, Op. 62, for cello and orchestra in a single week in August 1887.

Tchaikovsky wrote Anatoliy Brandukov (the dedicatee) on August 25, "I have written a small cello piece, and would like you to look through it, and put the final touches to the cello part." A couple of days later he had begun to make the piano score of the piece, and on 31st he began orchestrating it.

Here is an arrangement for cello and string orchestra.

The PDF file contains the score and all parts.

Would you like a printed edition of this score?

We've partnered up with JWPepper. They will print and ship your score for you.

Click here to get a printed edition of this score.

Tchaikovsky Valse Sentimentale Op. 51 No. 6 for Cello and String Orchestra

Tchaikovsky Nocturne Op.19 No. 4 for Cello and String Orchestra

Bloch Nigun B. 47 for Violin and String Orchestra